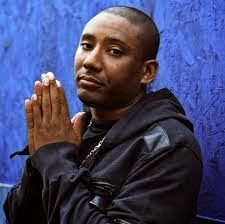 Maino threatens Trinidad James after James says that Atlanta runs New York Rap.
Maino sent several Tweets to Trinidad James today (November 13), soon after Trinidad James performed at the Converse Rubber Tracks show in New York City and said that the South runs New York City musically and that rappers in the area might as well claim the city of Atlanta as their hometown.
“I remember when New York ran this shit, dog,” the Atlanta rapper said during his New York performance. “When Dipset was fuckin turned the fuck up. Oh my God. I gotta wear my bandana on tilt like Juelz. What the fuck happened, dog? What happened? I remember when New York rap was the shit. And us in the South, us bammas, we was like ‘what the fuck’ and we just did our own thing. But now we run y’all musically. That’s crazy. That’s crazy. That’s crazy, my nigga. That’s crazy. I’m not trying to start nothing, but if you want to do something we can do something cause I don’t give a fuck. I looked up to New York music. And now every nigga that’s really poppin’ out of New York, you might as well tell they from Atlanta. ‘He from Atlanta. He from Atlanta. He from Atlanta.’ I’m just putting it out there. Y’all got more bloggers—y’all got niggas interviewing more popular than niggas that’s rapping.”


TRINIDAD JAMES RESPONSE VIA INSTAGRAM:
"Maino wanna shoot me for saying the truth then shoot on. I ain't backtracking shit. Ny consumers are a disgrace to their own culture. I don't ever have to make it on the radio ever. Fuck the radio. I'll die a real nigga. I speak the truth....and the TRUTH WILL SET YOU FREE....#CrazyDeacon#BlackBatman...coming soon. You gonna wanna hear this. Ima die with a Trini Flag in the Air... "WHEN I DIE BURY ME IN A CARNIVAL"!!!

I WILL DEFINITELY STAY ON TOP OF THIS ONE.